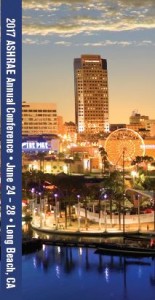 The session presents an actual case in which a practicing engineer was sued for negligence and malpractice. The workshop takes to form of each side of the case being presented, prosecution and defense and then the audience will breakout into smaller groups to discuss. Each group will have one individual speak for the group to convey what was discussed about the points of the different sides of the argument and then state if the group felt the engineer was guilty or innocent. At the end of the session, the actual decision is revealed.

The arguments for a guilty verdict are presented. The list of breaches of the contract and/or law are presented and the recommended remedy being sought is expressed. The damages to the plaintiff are presented that will include direct and consequential damages.

2. The Case for the Defense

The arguments for a not guilty verdict are presented. The counter arguments for each of the list of breaches are expressed as well as the argument that the damages sought are excessive.

To have a successful project it is essential to bridge the communication gap among owner, designer and commissioning provider. This workshop focuses on the elements of an effective Owner’s Project Requirements (OPR). Attendees, working in small groups, will craft a section of an OPR in response to a demanding yet visionary owner. The groups will then come together, compare their OPRs, and engage in an interactive discussion designed to meld the best ideas into a single high-quality document.

This workshop includes the building owner’s perspective on the definition of OPR, why the OPR is important and summarizes their responsibilities in developing the OPR. Key points to be discussed are: The communication gap between Owner, Designer and Cx provider; Who takes (or should take) the lead? The audience will break into small groups and provide an opaque OPR. The Owner and Cx provider will have a pre-written script and play the role of an Owner of a commercial office building. The groups will interview the Owner and rewrite the section of the OPR to reflect the actual needs of the Owner. The Cx provider will then present an example of an effective OPR, stimulate open discussion and questions and compare the example OPR against a selected group’s document.

An experienced commissioning (Cx) provider shares their perspective on the definition of OPR, why the OPR is important and summarizes the essential components. Key points to be discussed are: A clear definition of the Owner’s expectations reduces the risk of unclear intent, unfulfilled expectations and unnecessary disputes; An OPR that reflects the actual needs of the Owner, the users or occupants, and facility staff is needed for Cx to be successful.

June 27, 2917
College of Fellow’s Debate: Premise: “There is No Purpose in an Engineering  Code of Ethics”

Members sign up to the ASHRAE Code of Ethics, but do they apply them? A very small number of complaints are made.