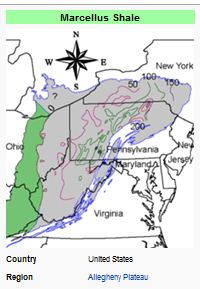 In September 2012 the Technical Director of the Pennsylvania Department of Environmental Protection Bureau of Laboratories testified in a deposition that the office had only reported 8 of 24 metals found in a water sample associated with a case over well water contamination by hydraulic fracturing (frack) chemicals.  What are the requirements for disclosure and professional responsibility of the director for disclosure of the lab results?

The case is a dispute between seven residents of Washington County, PA and Range Resources plus over a dozen contractors over alleged contamination of local drinking water wells with chemicals used in fracking.  Samples were taken in June 2011 and January 2012 and analyzed in accordance with the Environmental Protection Agency’s Method 200.7 which tests for 24 metals.  The Technical Director points out that only 8 metal results were requested by the Oil and Gas Division and the other results were not above the EPA standards for safe drinking water.  This dispute follows allegations that test results reported to the DEP in September 2011 by Range omitted high concentrations of nitrate (a carcinogen which can originate in fertilizer run off, septic tank overflow as well as frack operations) plus fracking fluid, flowback water, uranium and silicon.  The site in question is part of a Congressionally mandated $1.9 million study scheduled for completion in 2014.

It must be noted that the named plaintiff operates a junkyard on his property which could be the source of a number of the contaminants.  Studies by Penn State University indicate that contamination of certain metals in municipal biosolids are 100 to 100,000 times higher than shale gas waters.  This situation complicated the causation issue and blurs the ability to provide a definitive answer to the source of contamination.

The question remains, did the PA DEP Bureau of Laboratories have a responsibility to disclose the fact that it ran the tests, regardless of the results?  Typical professional responsibility require members to exercise the same standard of care as an ordinary, reasonably, prudent professional having the same training and experience in good standing in a same or similar community would practice under the same or similar circumstances.  Whether a professional has met the standard of care is a finding of fact by the court.  It is not dependent upon the “spin” presented to the public by the parties involved.  It is not unusual for a laboratory to only report the results which were requested even though other information may be available from the same testing procedure.  However, does the fact that the laboratory professional was employed by the Commonwealth of Pennsylvania create a higher disclosure requirement?  Could this standard be extended to the testing of municipal drinking water systems?  What if chemicals not listed on the primary or secondary drinking water standards are identified, could there be an obligation to disclose those results?

A variation of professional responsibility and standard of care was just identified with the indictment of the Executive Director and Assistant Director and Engineer in East Orange and South Orange, NJ.  In this case it is alleged that the defendants tampered with records and hid the presence of organics and probable carcinogens that were discharged onto the banks of the Passaic River for four weeks in the Spring of 2011.  In this case there is a standard of care defined by the professional engineering statute.  The two Defendants also allegedly to actions to hide and manipulate the water test results which were required by State and Federal Agencies.

MDC’s experience in evaluating the standard of care and professional responsibility shows that the fundamental differences between these two cases is the information requested, actions taken and the existence of legislative standards.